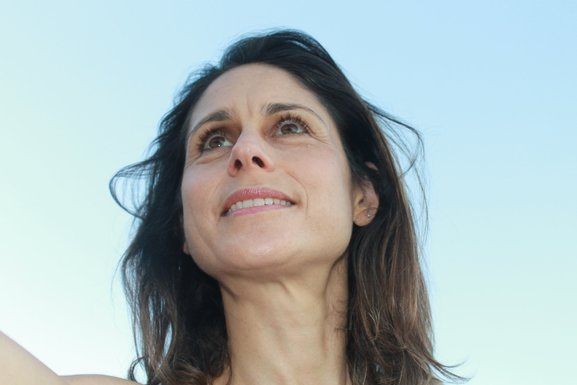 My dance with yoga began when I was only 5 years old – as a hyperactive child that could not sit still.  I was regularly overwhelmed with so much to do & was sent to yoga classes to keep me calm and centred.

Despite my early yoga training to keep me balanced, my personality has always been a less balanced VATA type – that is constantly busy and often getting stressed out even anxious….

​Stressed out Science Student
For better or worse, I spent most of my early adult hood as a poor University student finally completing a medical science doctorate, the highest of all post-graduate degrees after almost 10 years as a university student. With very little income, I could not justify paying large sums of money for fitness so instead I would jog in the streets, parks almost anywhere – jogging is free !!!. On occasions, I would treat myself to a yoga class & experience the bliss :-).

Stressed Out Working Mum
Ten years later as a wife and then mother of two beautiful children, I continued to jog to destress. I felt that I had too little time yoga classes in my busy day as a working mother of two young children under 5 years.

Sadly, my stress increased in a new job I took on and my children were still very demanding. I was heading for a nervous breakdown as I began shouting & crying at the smallest issues. It was clear that things could not continue as they were. I was diagnosed with a thyroid condition and the appearance of a small lump in my thyroid – I was frightened of cancer!

Yoga Kicks in
At this lowest point of my health, I was fortunate to be gifted a yoga retreat. I started to appreciate the benefits of bringing yoga back into my life. The yoga retreat switched on a light bulb for me !

Thyroid Healing
It was at this point that I left my corporate job and began attending regular yoga classes to heal my thyroid. I had read that yoga was particularly good for balancing hormones.

Within six months of regular yoga practice and leaving my job, I began to feel better, my thyroid was back to normal and the lump had shrunk, and my relationships with my family, and friends as well as my career had improved.

A Scientific Yoga Teacher
I became intrigued to understand how yoga worked on a molecular and cellular level to balance my hormone. Ironically, my medical research doctorate was studying hormones, mainly for osteoporosis, so I knew lots about hormones already.

I decided to study yoga to be a teacher…That’s for another blog.  Nowadays, my classes always include at least one yoga sequence that is critical in balancing hormones as everyone of us experiences hormone imbalances and may not even know it. I have integrated mindful meditation into my practice to quieten the mind and I look forward to sharing this with you.

Since studying yoga therapy, my philosophy has evolved to align with the 5000-year-old sister science of yoga, known as Ayurveda. My hope for every yogi is to help them maintain good health through a well-balanced yoga practice and a life style tuned into nature's cycles.

Yogarama has grown to become a community of like-minded people including teachers that align with practicing yoga outdoors connected with nature. We offer group classes, retreats as well as yoga therapy (one-one or groups).

​ That’s a bit about me and my yoga journey and I’d love to hear about you. Until then…

We love Yoga Retreats! Put one in your diary now.